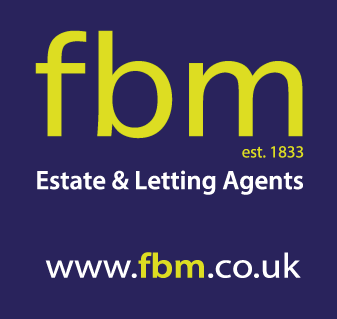 Welcome to the Haverfordwest office

Buying a property in HAVERFORDWEST with FBM Estate Agents.

At over 900 years old Pembrokeshire’s most populated county town, Haverfordwest, dates back to Norman Times and still is a proud keeper of the 12th Century castle which also houses the town museum.  Recent archaeological evidence suggests that there may well have been earlier settlements in the area as far back as Roman and Iron Age times.

Haverfordwest’s initial wealth was borne from position on the coast and as a result it had a very busy tidal quay and traded both by land and sea. At least ten guilds operated and there was significant woolen cloth manufacture.  During the Middle Ages and well into the Tudor and Stuart period it became the most prosperous town in Wales whose economy was sustained by being a major Port. The fine castle, three parish churches, priory and friary speak volumes of the importance of the town which later grew and developed into a classic fashionable Georgian town and still later a well-to do Victorian shire town.

Haverfordwest remains the administrative centre of the county today housing both the central offices of the Local Authority as well as the hospital for the region.  There is an annual carnival and the highlight of the regional farming calendar in the County Show.

Sport plays a big part in local life with Haverfordwest boasts a Welsh Football League Division One team as well as rugby, cricket and golf clubs and a state-of-the-art leisure centre constructed in 2009 and the annual Pembrokeshire Charity Bike ride, which was set up by two Haverfordwest brothers is now in its 15th year.

The town benefits from an active airport, railway and bus stations as well as forming a road hub linking the north of the county to the A40 and in turn the M4 corridor.

Education extends to all levels in the town itself, including Pembrokeshire College which offers a variety of  post-16 education and training as well as its own theatre which offers both productions and films throughout the year.

Spare leisure time can be spent at the town’s 2-screen cinema or at national retail names which can be found both within the town itself as well as on out-of-town sites or for those with more supple joints the newly constructed skate park.  Haverfordwest Skatepark Association raised over £50,000 and applied for planning on the site before securing additional funding from the National Lottery which allows the site to be maintained as well as flood-lit.

Haverfordwest is surrounded by many small villages and hamlets, which vary from the coastal villages of Broad Haven and Nolton in the west to rural hamlet of Wiston in the east and everything else in between so. FBM Estate Agents have a wide variety of properties for sale in Haverfordwest area from flats, first time buyer homes, family homes and executive properties. If you are looking to buy or sell your property call our Haverfordwest Office and speak to us on 01437 762233 or email hwest@fbm.co.uk.

If you are looking to be a landlord or tenant for a flat, house or commercial property in the north of Pembrokeshire, our Haverfordwest branch will have it covered. And what’s more, having an experienced lettings team, we can arrange a free marketing appraisal or a viewing to our number of properties to let in Haverfordwest. For more information contact FBM Residential Lettings on 01834 849288 or email enquiries@fbmlettings.co.uk.

Dominic Subbiani- MNAEA
Director
Dominic has been in the estate agency business for o...

Lisa Bradley
Sales Progression Manager
Since the start of 2017 FBM have, for the first time...